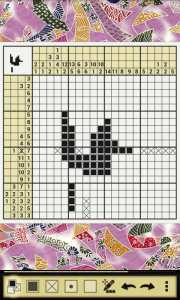 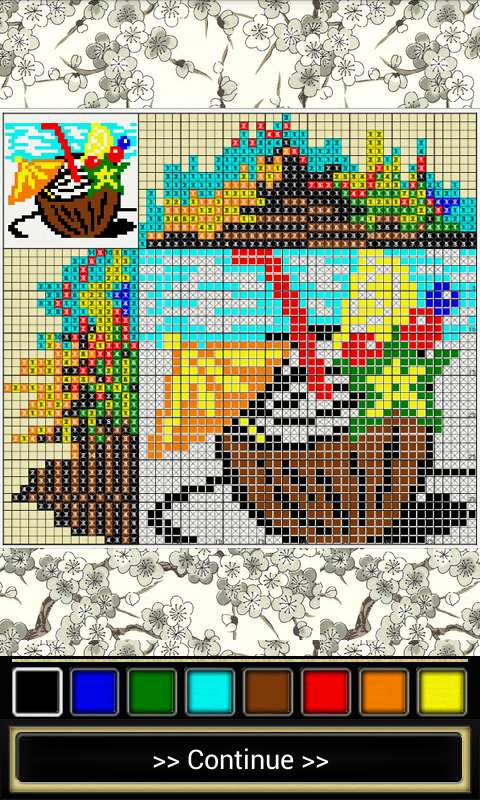 Nonograms Katana: Sharpen your mind!Nonograms, also known as Hanjie, Griddlers, Picross, Japanese Crosswords, Japanese Puzzles, Pic-a-Pix, "Paint by numbers" and other names, are picture logic puzzles in which cells in a grid must be colored or left blank according to numbers at the side of the grid to reveal a hidden picture. The numbers are a form of discrete tomography that measures how many unbroken lines of filled-in squares there are in any given row or column. For example, a clue of "4 8 3" would mean there are sets of four, eight, and three filled squares, in that order, with at least one blank square between successive groups.To solve a puzzle, one needs to determine which cells will be boxes and which will be empty. Determining which cells are to be left empty (called spaces) is as important as determining which to fill (called boxes). Later in the solving process, the spaces help determine where a clue (continuing block of boxes and a number in the legend) may spread. Solver