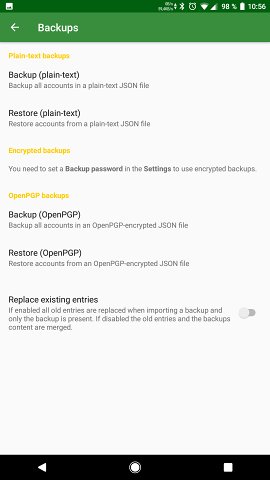 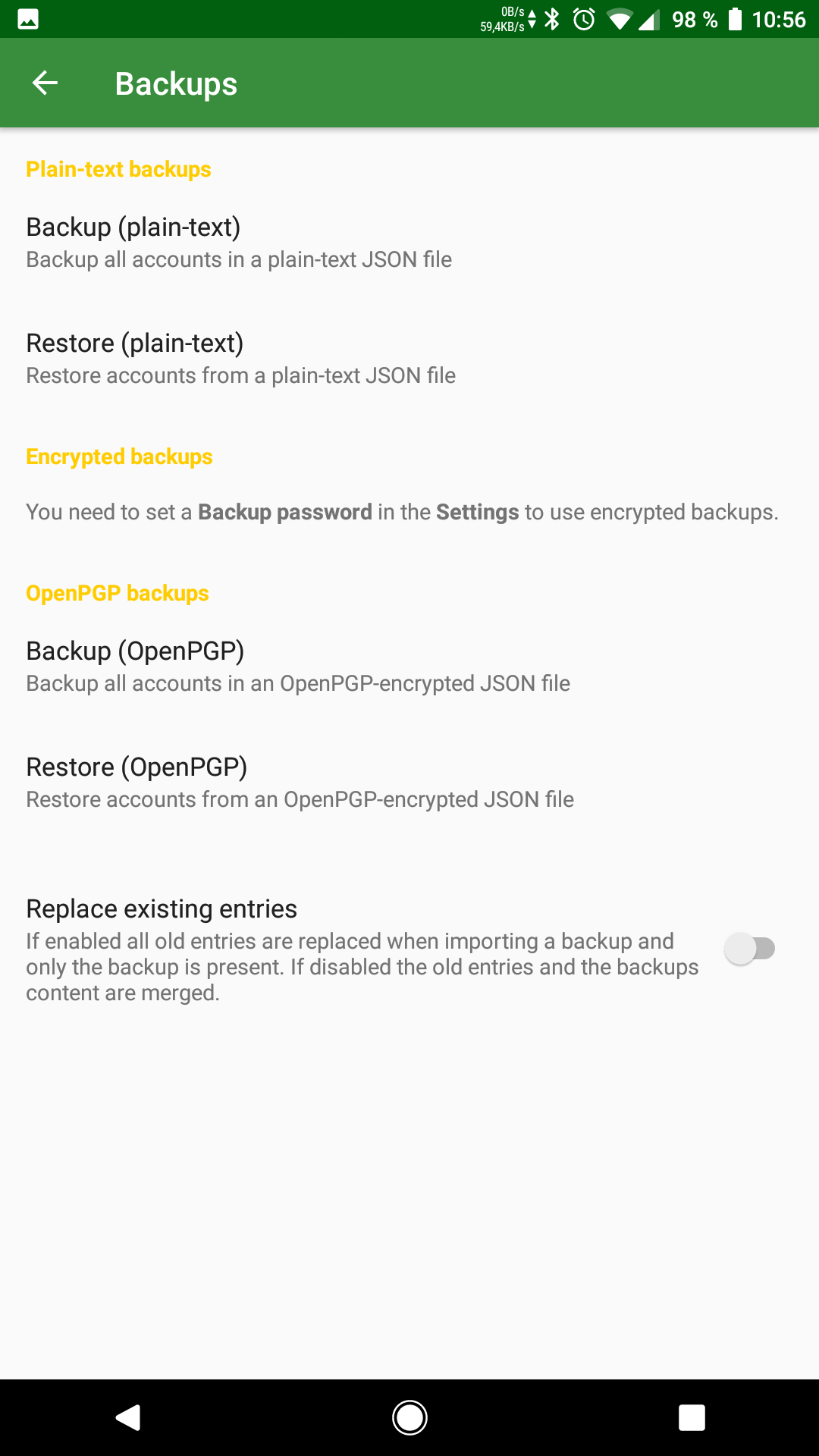 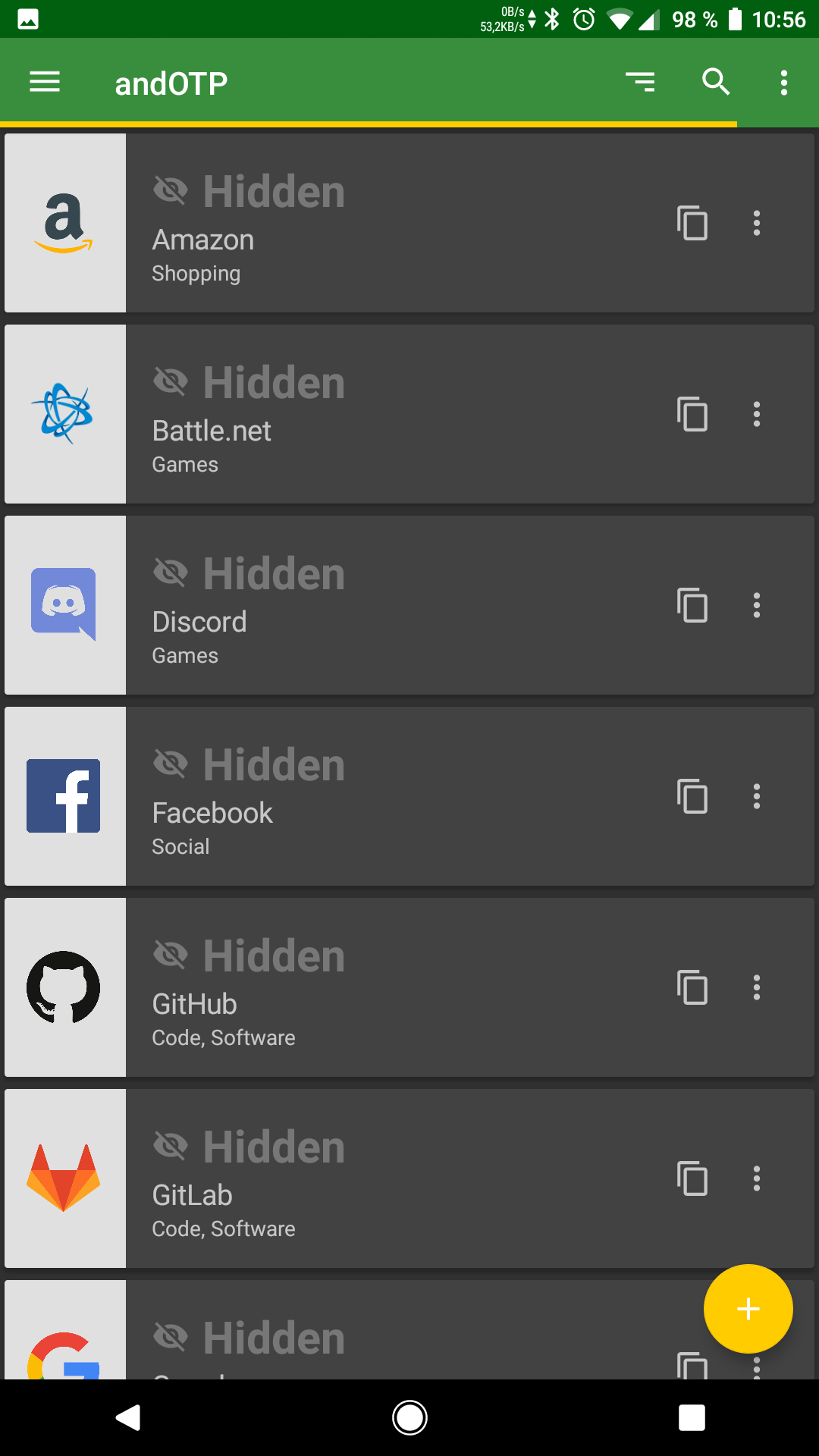 This project started out as a fork of the great OTP Authenticator app written by Bruno Bierbaumer, which has sadly been inactive since 2015. By now almost every aspect of the app has been changed/re-written so the fork status of the Github repository got detached upon user request. But all credit for the original version and for starting this project still goes to Bruno!

To keep your account information as secure as possible andOTP only stores it in encrypted data files. A part of the encryption key used for that is stored in the Android KeyStore system. The advantage of this approach is that the key is kept separate from the apps data and, as a bonus, can be backed by hardware cryptography (if your device supports this).

However, due to that separation, backups with 3rd-party apps like Titanium Backup can not be used with andOTP. Such apps only backup the encrypted data files and not the encryption key, which renders them useless. Please only use the internal backup functions provided by andOTP to backup your accounts! Everything else WILL result in data loss.

OpenPGP: OpenPGP can be used to easily decrypt the OpenPGP-encrypted backups on your PC.

andOTP-decrypt: Python script written by @asmw to decrypt the old password-protected backup format on your PC.

BroadcastReceivers: AndOTP supports a number of broadcasts to perform automated backups, eg. via Tasker. These will get saved to the defined backup directory. These only work when KeyStore is used as the encryption mechanism. #01 org.shadowice.flocke.andotp.broadcast.PLAIN_TEXT_BACKUP: Perform a plain text backup. WARNING: This will save your 2FA tokens onto the disk in an unencrypted manner! #02 org.shadowice.flocke.andotp.broadcast.ENCRYPTED_BACKUP: Perform an encrypted backup of your 2FA database using the selected password in settings.

Check out this wiki page to learn about the different ways to migrate to andOTP from other 2FA apps.